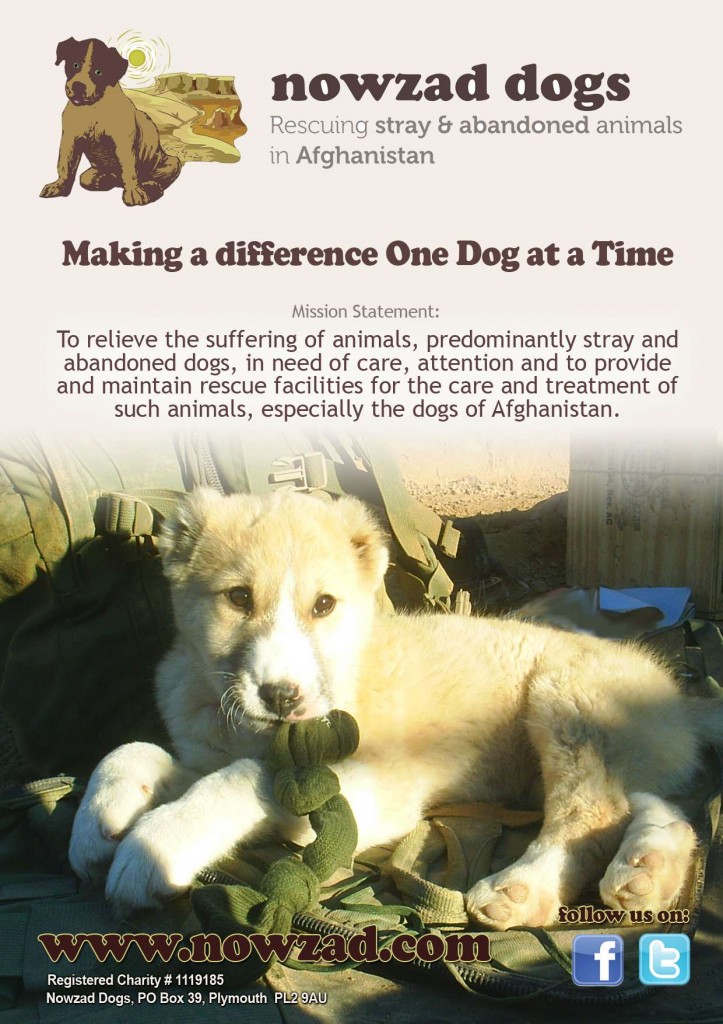 On this poignant week where our hearts and minds remember those who have stood bravely on a battlefield to fight and protect our freedom, we want to bring to your attention, a charity in the UK called Nowzad dogs.

Have you heard of them? We hadn’t either until we came across an article about a dog named Thor (named to the road he was found on) who was spotted by a group of Canadian soldiers in Kandahar back in 2010 and then later rescued.

It began when Thor followed the soldiers back to base. Canadian Forces medic, Isabelle Allard tells the story of how Thor became part of her military family. Aside from helping to keep the hyenas and jackals away from base, he made her feel like she had a piece of home with her.

Dogs on base help troops cope with the harsh realities of war. Thor was that for her, but there was a problem: The Canadian military prohibits keeping stray animals due to concerns about rabies and other diseases. All stray dogs are ordered to be put down.

Isabelle had two weeks to comply.

With time running out, her only chance to save Thor lay with a United Kingdom-based charity called Nowzad Dogs.

Nowzad’s founder, Royal Marine Sgt. Pen Farthing, started the charity after figuring out a way to get his adopted stray out of Afghanistan. Like Thor, it all began when Farthing and his fellow British troops came across a dog in need of help in the town of Now Zad, in Helmand province, in 2006. Farthing saved the dog , now known as Nowzad, from a dog fight happening right outside the Royal Marines’ compound. According to the story posted on Nowzad Dogs’ website, Farthing “couldn’t say no to those big sad eyes.”

Nowzad helps dogs such as Thor to escape a life of vagrancy or being put to death and in Thor’s case, Nowzad actually kept the dog for a couple of months while Isabelle and others raised the funds to get all of his vaccinations and paperwork sorted in order for him to enter Canada.

Nowzad continues to help soldiers adopt the dogs and cats they’ve befriended during their tour of duty and to date the group has successfully reunited more than 650 animals with their human companions in the U.K., Canada, United States, Italy, South Africa, Australia, Germany and the Netherlands.

Thor has settled in well in Canada, although he’s still getting used to the snow here at the Bowen Island Dog Ranch, we remember Nowzad Dogs.

Pick up / Drop Off:
Daily

Site visits by appointment only.